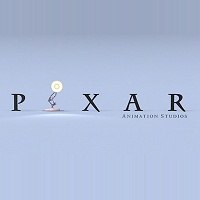 Today is the anniversary of the Pixar Animation Studios, studies specialized in computer generated imagery (CGI), based in Emeryville, California (USA), founded on February 3, 1986.

Born as a hardware company, now its one of the most renowned and awarded digital animation studios in the world.

The work started by a few pioneers led by John Lasseter, into the digital effects studios ILM - Industrial Light & Magic - LucasFilm owned by George Lucas.
The detachment of the animation section and the subsequent opening of Pixar is the work of Steve Jobs, co-founder of Apple, for ten million dollars together with Edwin Catmull.

Since 2005 the studios are part of the multimedia giant of Walt Disney Pictures.

In 2006, Disney purchases Pixar for $ 7.4 billion operation, making it the largest animation studio in the world; Steve Jobs joins Disney's board of directors becoming the largest individual shareholder.

But from the beginning the studios do not just produce images, they even write their own software to create 3D models. The most famous software created and commercialized by the studio is RenderMan, a plug-in compatible with the most important 3D animation software like Maya. RenderMan is a rendering engine, which is a calculation program that gives life to three-dimensional models created with modeling software; one of the best used in the biggest productions.