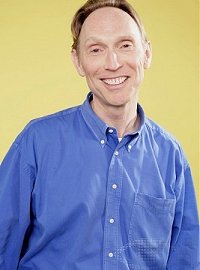 Born November 30, 1952 in Glen Ridge, New Jersey (USA). Selick is a stop-motion animation director, or step-one. Mostly known for his work on The Nightmare Before Christmas and James and the Giant Peach. He studied at the Experimental Animation Program at the Californian Institute of Art under the guidance of renowned professor Jules Engel.

He began to draw very young. Up to 12 years he had a mentor Stanley Meltzoff, illustrator for the magazines Life and National Geographic. From here the passion for animated design developed, fascinated by the works of Lotte Reiniger and his The Adventures of Prince Achmed, produced in stop-motion and animated creatures de The Seventh Journey of Sinbad by Ray Harryhausen. After studying science, art and design in London he approached the animated world, which earned him an award nomination as Student of the Year.

His career began at Walt Disney studios working as an animator. His knowledge led him to work with the Disney myth Eric Larson and close to some of Tim Burton's collaborators until the collaboration with the aforementioned director in the masterpiece The Nightmare Before Christmas.

His filmography also includes participation in the live-action Steve Zissou's Aquatic Adventures by director Wes Anderson. Having arrived at the young Laika studio, he moved behind the (virtual) camera of Coralline, based on a story writer by Neil Gaiman .