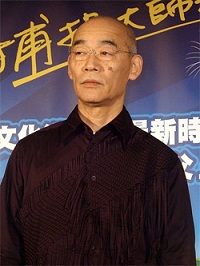 Yoshiyuki Tomino was born in Odawara, Japan, on November 5th 1941.

He began his career in 1963, immediately after graduation, entering the Osamu Tezuka's Mushi Production, where his first job was to collaborate on the storyboards of Astro Boy and, in same studios, also to Heidi storyboards. Later he became one of the most important members of the Sunrise animation studio.

The work for which it is probably best known is Mobile Suit Gundam (1979) with which he gave life to the genre of real robots, a saga that is still one of the most appreciated of the genre and of which they produce new animated products at home. Following will be works including Zambot 3 (1977), Ideon (1980), Seisenshi Dunbine (1983) and Mobile Suit Z Gundam (1985).
His latest works that do not stray from gender are, for example, Turn A Gundam and Brain Powerd.

Tomino has often written the words for the initials of his series, signing them under the pseudonym Iogi Rin, pseudonym with which he collaborated alongside artists such as Yoko Kanno, Asei Kobayashi, MIO and Neil Sedaka.

"Thanks to Master Tomino a new era was born in which the robots, as he imagined them, have fully influenced the stories born of the imagination of many authors, influences that continue to this day and are far from being exhausted".