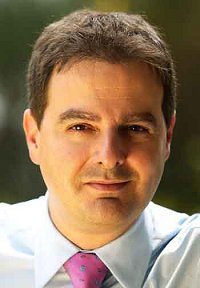 Born May 30, 1965 in Gualdo, Italy.
CEO and founder of Rainbow, the most important Italian animation film production company. He is the creator of Winx Club, a world-famous television series of which he is the creator, producer and director.

He began his career in Italy as a draftsman in various magazines and publishing houses (he was one of the designers of Nick Raider, edited by Bonelli). Later he decided to devote himself to animation, and went for this reason to France and Luxembourg where he worked in various film productions.

Back in Italy, he put his experience in a new studios he founded in 1995, Rainbow, with the aim of producing multimedia works for children.

He has directed some of the most successful animated television series of recent years, including Prezzemolo (inspired by the mascot of the italian theme park Gardaland) and Monster Allergy, in addition to the previously mentioned Winx Club, a brand whose franchise has made known Rainbow (and generated stratospheric revenues) around the world.

In 2007, Straffi inaugurated in Rome the Rainbow CGI, the first great Italian animation studios born with the intention of producing films for the big screen to be exported all over the world.