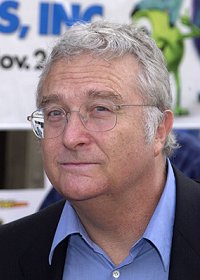 Born November 28, 1943 in Los Angeles, California. Randy is one of the best composers in the Hollywood scene. He studied at California University and his career in the musical world begins with a pop band, even if in the family you always breathe music; his cousins ​​Thomas Newman, Joey Newman, Maria Newman and David Newman are employed in the same sector, as are his young nephews Alfred Newman, Emil Newman and Lionel Newman.

His art has often been in favor of the world of animation, Pixar feature films at the top.
And as for the awards, Randy has received over 40 nominations and over 26 awards in the original soundtracks category and various compositions. But on 12 February 2002 Newman sets a new record, the highest Oscar nomination (Academy Awards) without a win: 16. But in March 2002 Newman finally wins his first Oscar - as best original song for the feature film Monsters Inc. (2001), and on that occasion he thanked him, in his award speech, the Academy's musical branch for giving him "so many chances to be humiliated".

Randy is an excellent composer, although he often sings and plays his own songs on the piano, and many of them have sung his songs, such as Joe Cocker and Tom Jones. His song "I Love L.A." is sung at the Dodger Stadium by the Los Angeles Dodgers.